It has been a busy month since the last post from the Sisters so the following is a sampling of what we have all been up to over this time.

First up, Houston.  Di, along with Michelle Yeo and Carolyn Konig, were the featured quilters in an exhibition of Australian quilters and their work.  The enthusiasm from all who came and viewed the quilts was overwhelming.
As well as being exhibitors, Di and Michelle conducted an open studio where they demonstrated different methods of doing broderie press.
There was time to meet up with friends.  Petra and Nel from the Netherlands with their Dutch Heritage fabrics.  They were virtually sold out by the end of day one!
And with Mary and Joe Koval.   Here they are with a strike-off of the Palampore that Mary has designed for Windham Fabrics and the marketing pamphlet for the associated fabrics.  All will be available in April 2015.  They are stunning!
Back home, and there have been two sewing days since our return. First up was Thursday at Sue's and look at what was waiting on the table for us when we arrived.  Beautiful red roses from her garden and a luscious cake. 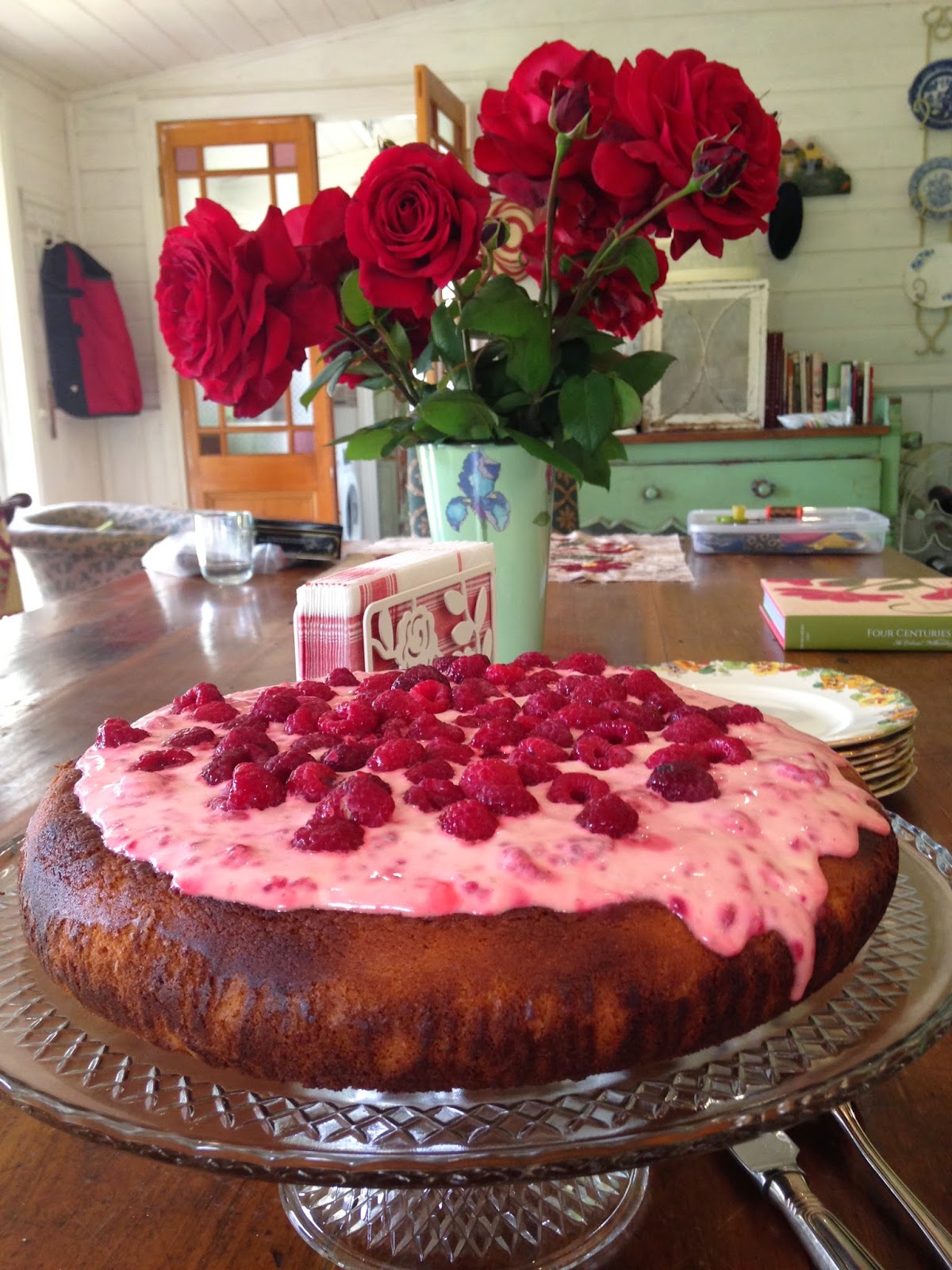 Ann was working on a new quilt, Luscious Berry Baskets by Sharon Keightley (a New Zealand designer).  Just love the background which is a toile from an early fabric collection by Kaye England 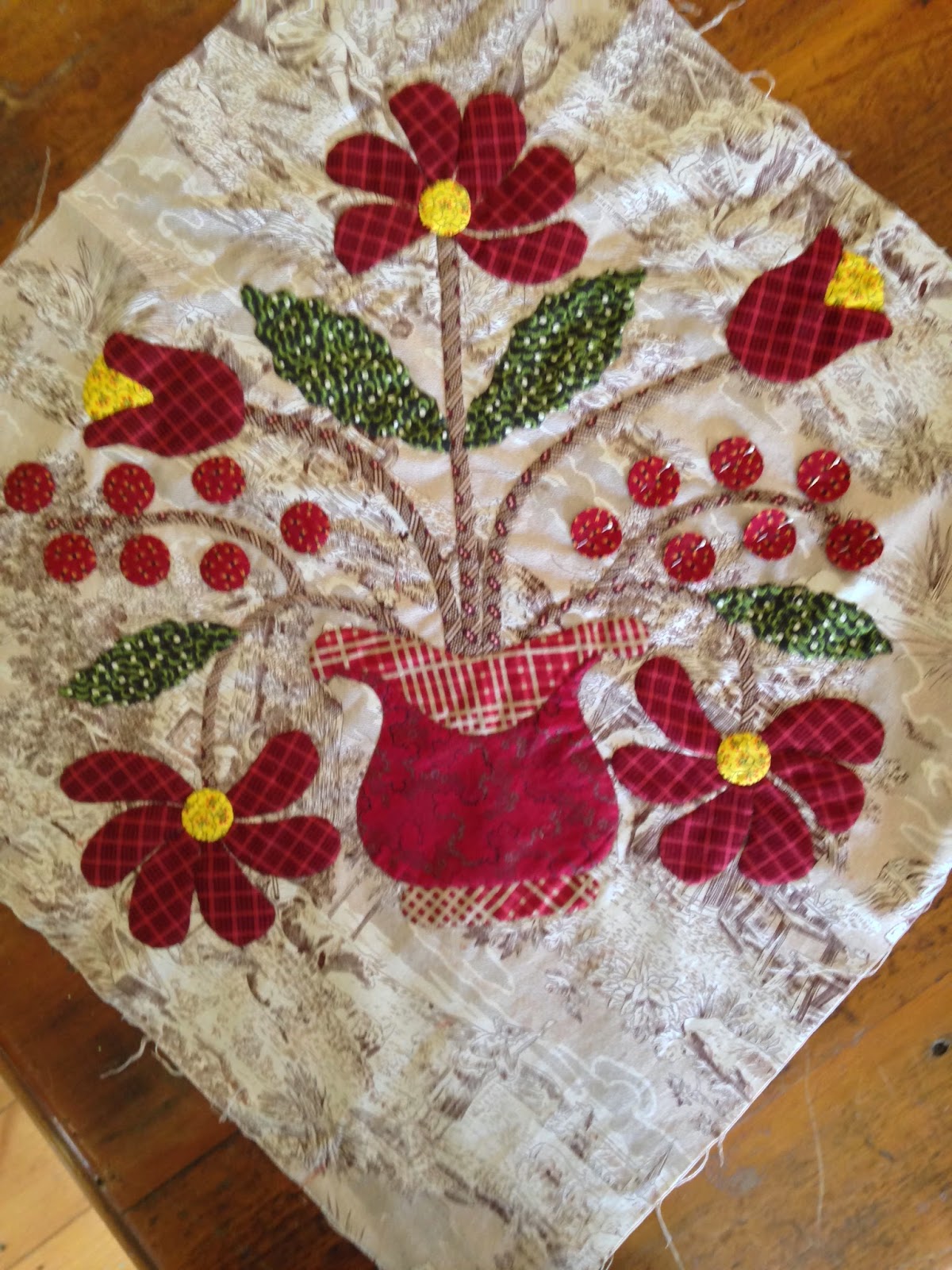 Clare was working on a block for her Margaret Sampson George - Going Green - quilt and was very happy when it turned out perfectly and sat flat. 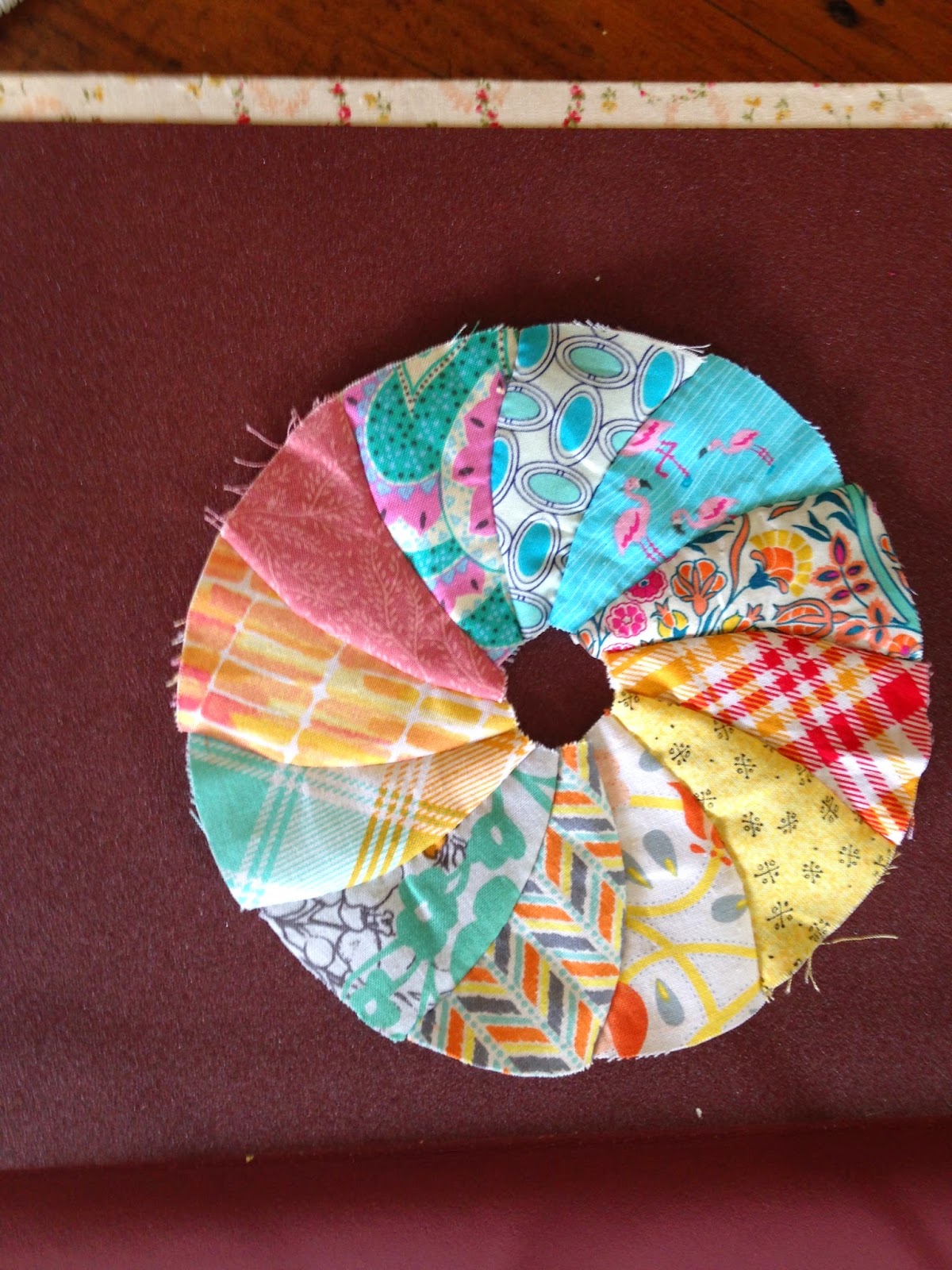 And remember that broderie perse block that Di was using for demonstration purposes at Houston, well here it is almost finished. 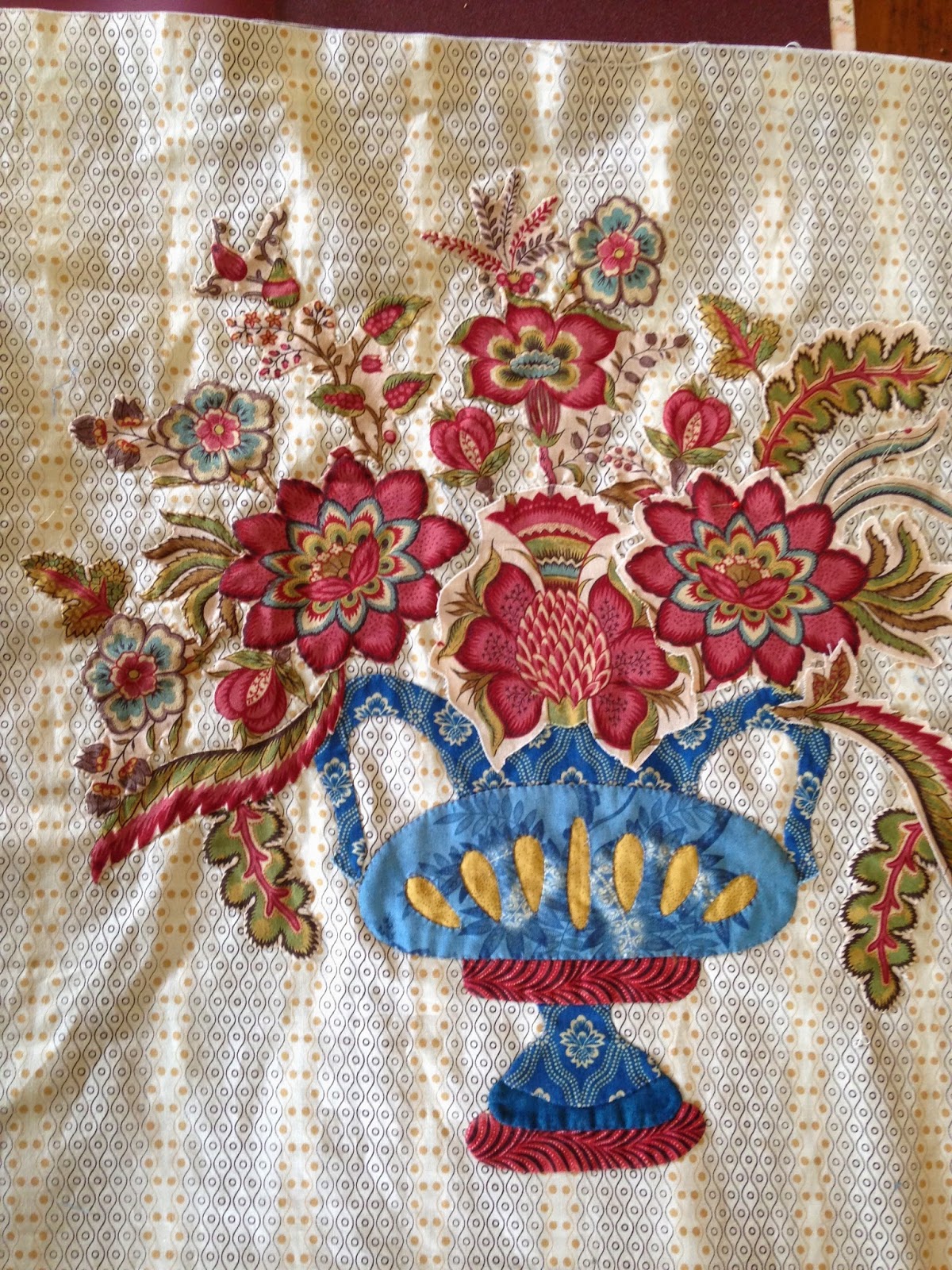 Next was Saturday sewing at my home.  Barbara brought along a finished giant nine patch quilt that she has made for a family member.  It was made from fabrics raided from a few of the Sister's stashes and looks much better than this very poor photo indicates. 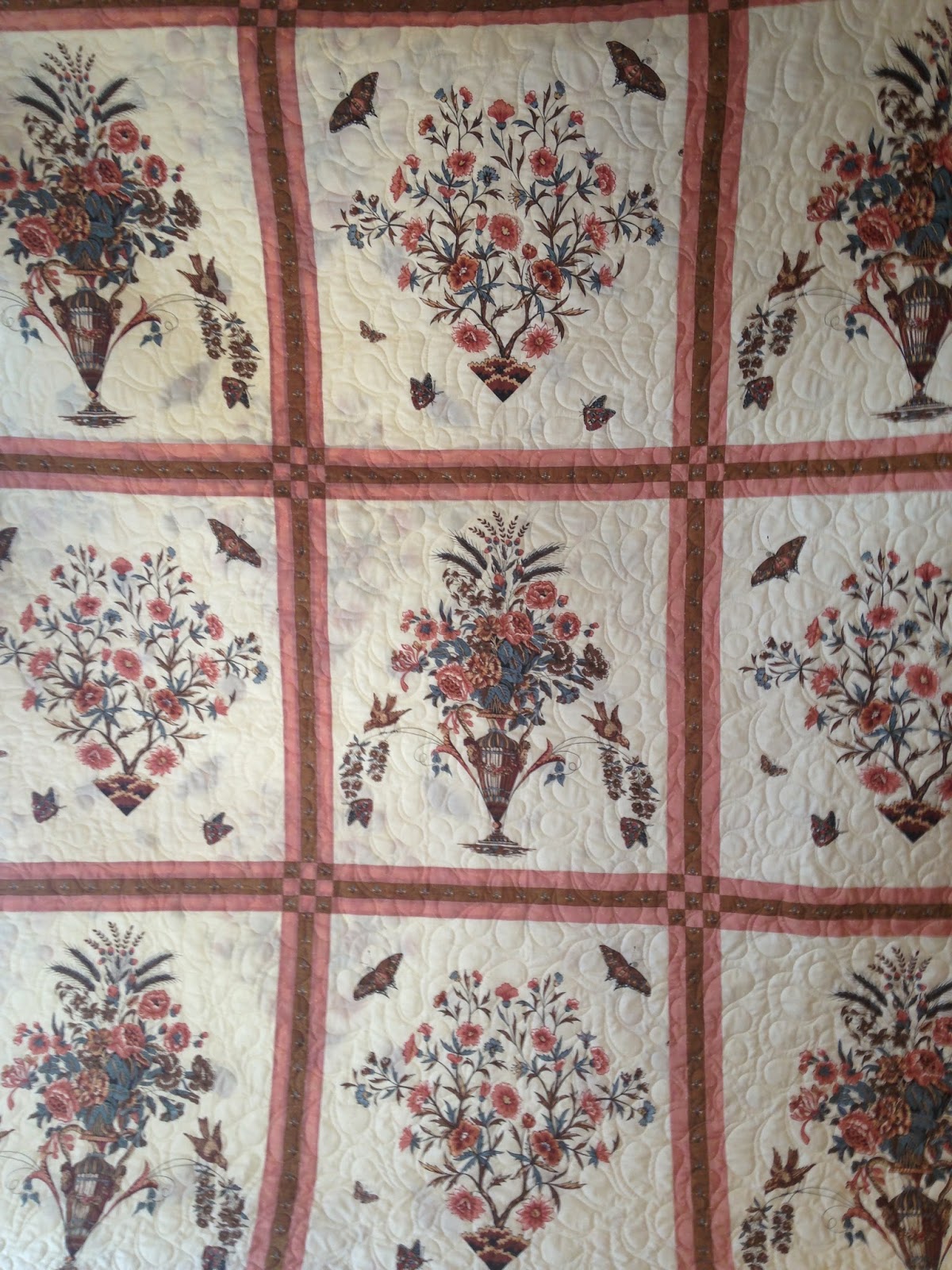 Heading to Houston I wanted a portable hand piecing project so started this double wedding ring using mostly Petra and Nel's Dutch Heritage fabrics.  There was very little sewing done while away but on the Saturday I managed to complete 2 melons.  I think this quilt is going to take a long time to make. 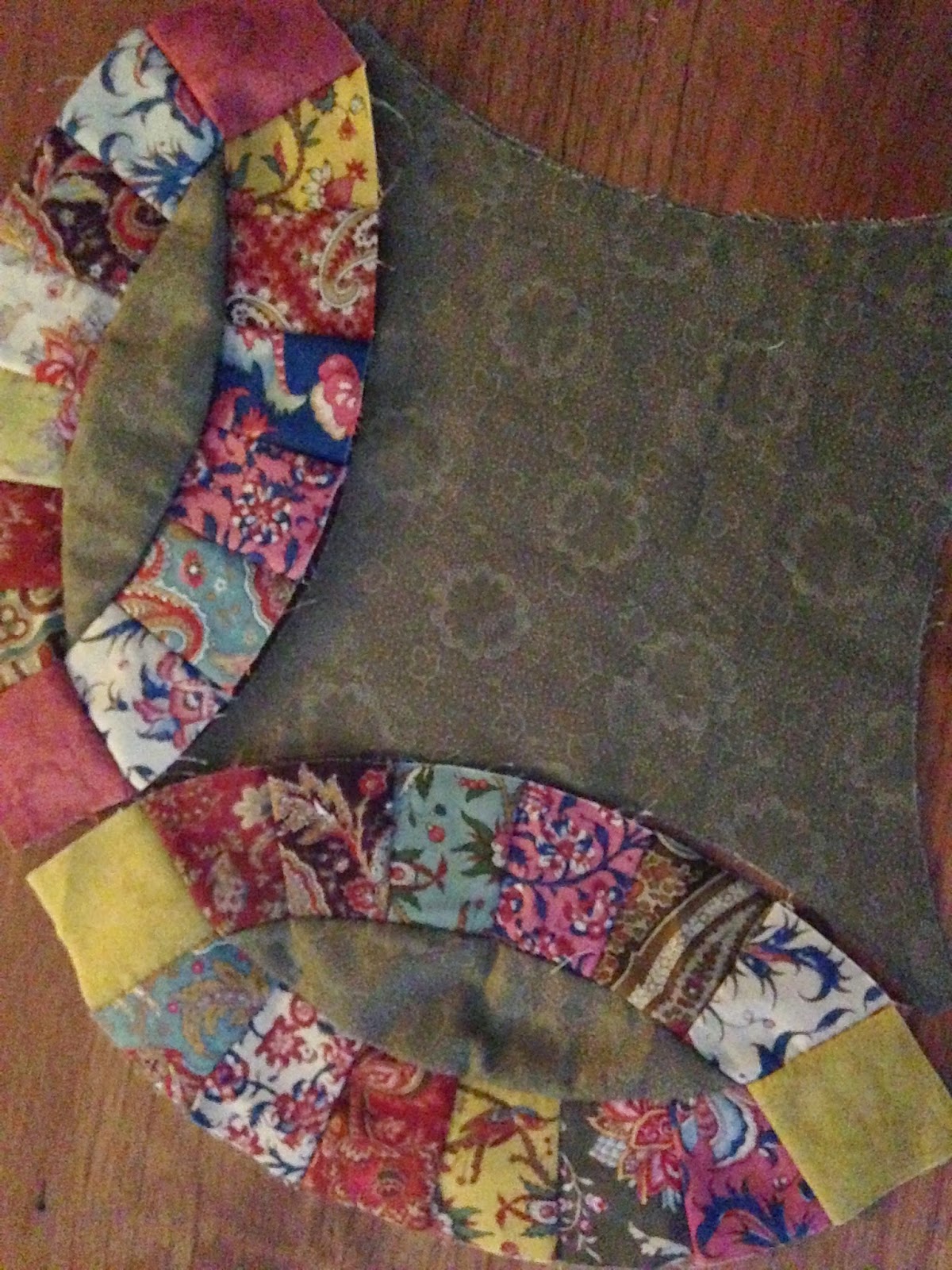 And finally, yesterday I picked this up from long arm quilter,  Loreen Horsnell.  The quilt top was finished late last year and was part of the Sister's challenge for 2013.  Loreen has used a combination of feathers and in-the-ditch quilting and it looks lovely.The pattern is from Betsy Chutchian and Carol Staehle's book, History Repeated and uses the Carpenter's Wheel block. 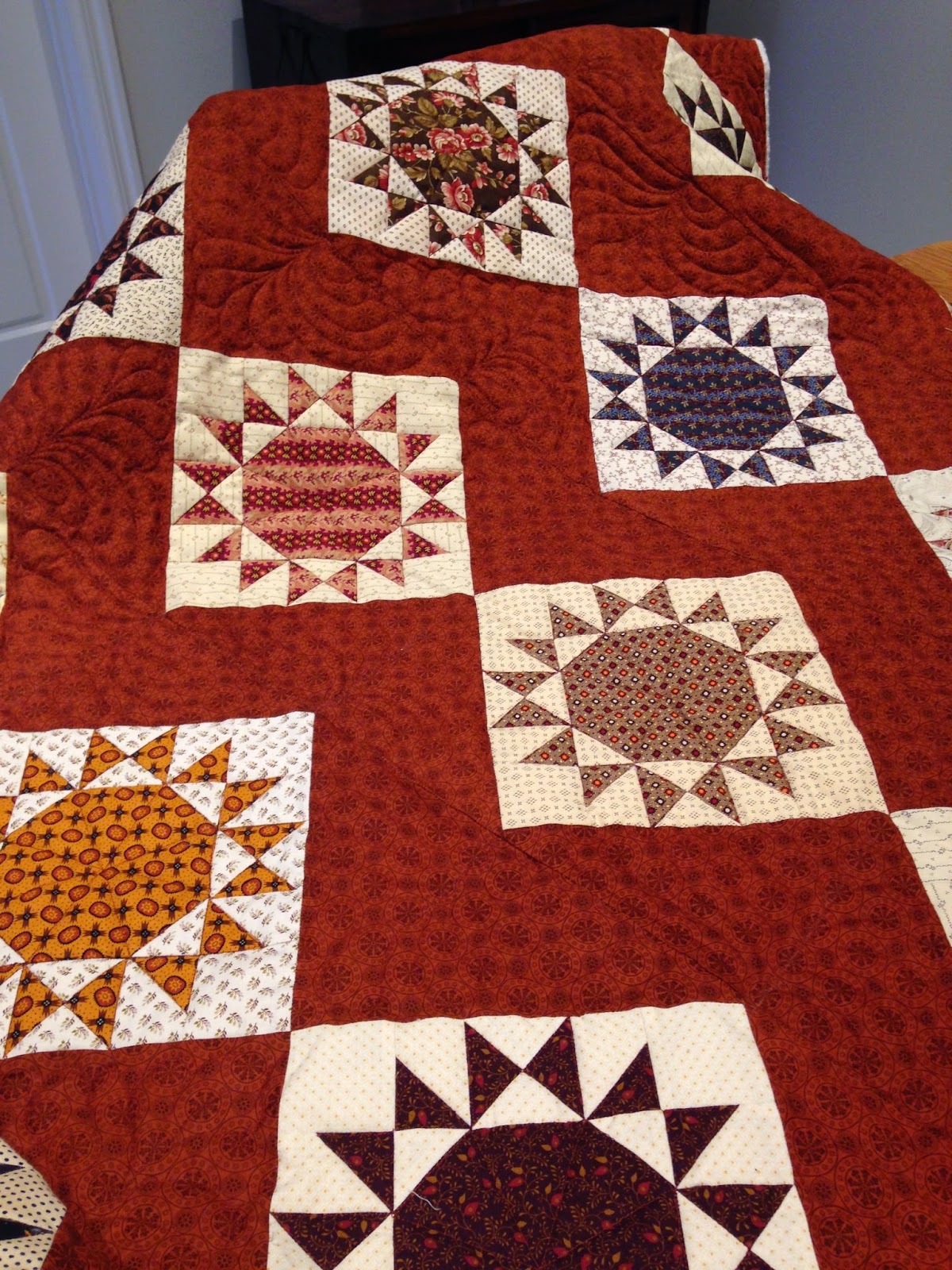